He has never been a stranger to the emotional and energetic powers that music can have over its listeners. Alexserra uses his diverse cultural background to help guide him when producing and DJing.

Burn Energy Drink (Burn residency), Who am I?, Kurzschluss (Slovenija)

Biography:
Born in Montebelluna, Italy and living now in Slovenia. He started with music at the early age of 15 when he bought his first mixer and turntables. Up until now, he has gathered a lot of experience as a DJ and Producer. Back in 2010, he started a project called 'Chulliano Lexias' with his friend. In the 2 years of working together, they have won 2 big competitions in Slovenia and Croatia. They have shared the stage with Umek, Mike Vale, Freemasons, & Funkerman. The "duo" project was finished after 2 years & Alex continued on his own .

In 2013 he founded – a brand called 'Erotica Music'. In one year Erotica Music became one of the leading brands in the Slovenian electronic scene. By the end of 2014, Alexserra gained a high reputation in Slovenia as a DJ & organizer with events called I AM EROTICA (organized by Erotica Music). The events hosted DJs such as Cristian Varela, Joris Voorn, Uto Karem, Mendo, Coyu, Metodi Hristov, Harvey Mckay & Jay Lumen. Unfortunately the brand was shuted down in early 2016 due personal problems with the teammates in the group.

Nevertheless In 2014 and 2015 Alexserra collaborated and perform with a well-known Slovenian brand and event agency Kurzschluss. Another big step was in 2015 and 2016 he was performing in the Slovenian legendary club Ambasada Gavioli with UMEK, 1605 team, Coyu, Gaiser, Marcel Dettmann, Nicole Moudaber, Carl Cox, Sam Paganini, etc.

Meanwhile, he was also seriously working on his own production in his favorite genres; tech-house and melodic techno. One of the biggest achievements was a remix on "Truemode Speak&Spell". The track climbed on the top 50th Beatport Techno chart.

At the start of 2015, he made a podcast for Ibiza Sonica.

He was selected in 2015 to represent Slovenia in the infamous Ibiza TV competition, Burn Residency in 2015. In Ibiza, He got the chance to perform in one of the legendary clubs, at club Eden and Space Ibiza. 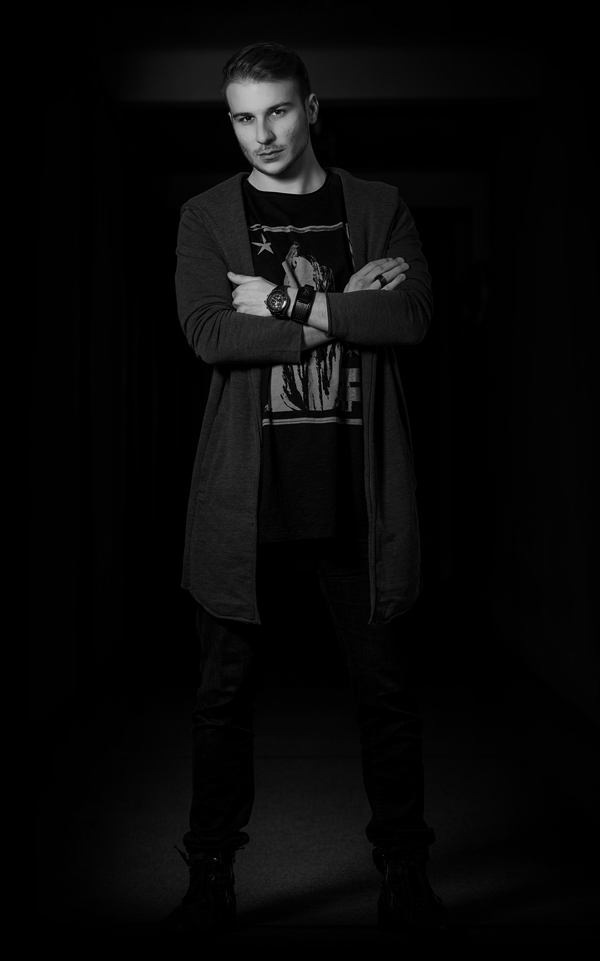 "Life is like music; it must be composed by ear, feeling, and instinct, not by rule. I think music in itself is healing. It's an explosive expression of humanity. It's something we are all touched by. Music is a feeling. Music is energy, vibrations and sounds. No matter what culture we're from, everyone loves music. See you on the dancefloor!"

Show more
Would you like to become a DJ? Are you already a DJ and you need some advice on how to move forward with your career?

Essentially I do provide a solution that will help increase the chances of aspiring artists of being awarded more gigs and for those who would like to start their DJ career with simply learn. It is based on 11 years of triumphs, challenges, betrayals, glory and everything else you can think of that comes from being involved in this lucrative industry. I act as an adviser or a silent partner that cares about your success.
‍
Dj Academy services:
‍- Onsite DJ course (Location Slovenija - Ljubljana)
- Offsite DJ course (online)

Do you need any audio services? We can help you with all audio services, like, track mixing and mastering, TV, Film, games, podcasts, ...

Everything discussed between myself and my clients are private. I take no credit or claim to anyone’s achievements at the conclusion of any business relationship unless you allow me to do so.

For more information regarding the program, services or pricing, please contact us here.

Right now Alexserra is organizing monthly event series in Ljubljana under the name of WHO AM I? events.

More about WHO AM I? events:

Get on board with Dj Alexserra

Thank you! Your submission has been received!
Oops! Something went wrong while submitting the form.